What is the difference between the PFs and ICF1?
First, the ICF1 is NOT a see-through filter. The ICF1 filter is needed to get normal images from a modified (ICF-Removed) camera. Without an ICF (after modification), you will get "red-tint" images. To get normal images as before modification, you have two options. One is to re-insert the original ICF to the same position. The other is to externally attach (screw) the ICF1 filter onto an object lens easily.

I have a modified normal camcorder. How can I increase the NIR?
Sony HVL-IRC can be used, especially for Night-Viewing. A Tungsten bulb or Electronic flash will also increase the amount of NIR.

I purchased the PF1 for my Sony NightShot. But when I attach it over my camcorder, I can't see anything indoors. What's wrong?
The PF1 is only for high infrared environments such as bright day light. The environments C and D (indoors) are not proper for the PF1.

Can I use the PF2 in the environment A and B without applying the External NightShot Switch Method or Internal Microswitch Method?
No. Absolutely impossible. You will only get all-white images through the viewfinder or LCD screen.

I have a Sony color CCD Security camera that has a pin-hole lens. I have had it apart and there seemed to be a blue-tinted glass filter placed between the CCD sensor and the pin hole lens. I removed this hoping it was the IR CUT FILTER but when I tried using the camera I couldn't get the camera to focus. I got a terribly blurred image that I couldn't rectify even with the focus adjustment dial. What's wrong?
See Below

I have disassembled my Sharp camcorder's optic assembly and removed the "ICF" with flat surfaces on both faces. Unfortunately, the camcorder was unable to focus properly without the original ICF. I could only get the camcorder to focus for near objects. I was not able to focus on anything more that 2 feet. Of course, without the ICF, I was able to see images on the LCD even under normal room lightings at night except that I was unable to focus and the images were blurry. How can I fix this problem?
See Below

I have a Kodak digital camera. I have removed the original ICF filter (the one next before the CCD) which size approx. 11mm X 13mm and 5mm thick and flat, with greenish bluish color. But after that my camera become out of focus, focusing only in very limited range (approx. 1.5 meters). Did I have removed the correct ICF filter? What's the problem?
To fix this problem, first, make a piece of glass of the same size and thickness as the original ICF. A professional glass cutter would be able to easily do this. And replace the original ICF with the new normal glass. 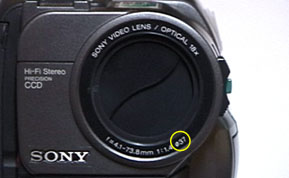 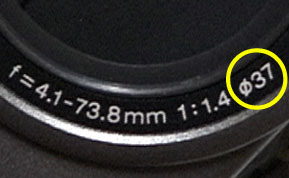 If you can't find any writing on the lens surround, check your camera's manual to see which size of filter your camera takes.

How can I attach the PF over my camera's lens?
It's very easy! Since the PF products have filter threads you can easily screw a PF into the camera's lens. The threads are standardized to be compatible with all types of manufactured cameras. 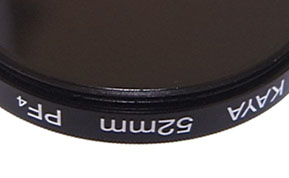 My digital camera doesn't have any filter thread around the lens. How can I use a PF?
You can use our PF5 gelatin filters instead of the glass filters. It will work perfectly well.

Whenever I submit an order I get an error message. How can I solve this?
What web browser are you using now? We recommend you to use MS Explorer 4.X or Netscape 4.X. or later. And set the security option to "default" at the tool menu.

Is there a distance limit at which the PF filter will begin to lose it's characteristics?
No. How far away the object is not related to the capabilities of the PF. If you use a highly efficient telephoto lens, you will be able to get so much better see-through images of distant objects.

How can I get the Night Vision by the PF?
For example, to watch animals at night, you have to remove the ICF inserted in your camera and use an IR illuminator together. But any PF is not needed to attach on your camera.

I have a Sony Digital8 model DCR-TRV120E. And I also have the PF2 which was purchased to assist in rewriting Ink stained damaged family history documents. How can I get see-through images?
Please use the Fluoresced See-Through technique.

What is the Television Standards?
There are a few different television standards used worldwide today. Different standards are used in different countries and continents. The major difference between these standards is in the number of scanning lines and frame frequency. EIA(monochrome) and NTSC(color) is used in the USA, Canada, Mexico, Japan, Taiwan, South Korea and most Caribbean and Latin American countries (except for Paraguay, Uruguay, Argentina and Brazil). CCIR(monochrome) and PAL(color) is used in Europe, Australia, New Zealand and most African and Asian countries, as well as in Paraguay, Uruguay, Argentina and Brazil.